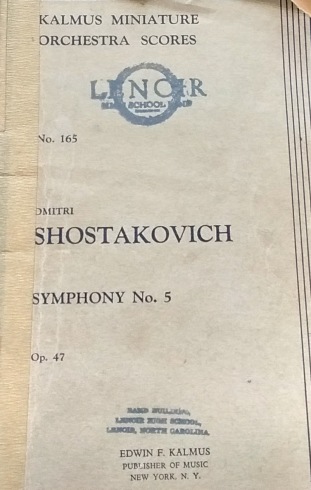 Last week I learned of the death of my high school band director. He had been in ill health, but I was unaware of how serious his condition had become. I had the opportunity to speak with him a few summers ago, and we spent a couple of hours reminiscing, gossiping about local high school music programs, and talking about the future. It was the last time I would speak to him in person, and I am grateful that we had the opportunity. Learning of his death brought with it not only sadness, but also many wonderful memories of experiences in his band. Though not always the friendliest of people, he was a dedicated teacher and mentor to thousands of students who came through his program. As is the case with many high school students, my band director came to be one of the most influential people in my life. There have been many eloquent and poignant tributes to him shared on social media, and I would like to share a few thoughts here. Of the many, many things I learned in high school band, here are my favorites. Rest in Peace, Mr. Carswell.