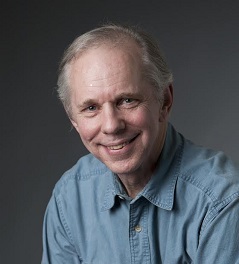 On April 2 I’ll be joining my colleagues in Trio Mélange for a performance of a new work for voice, horn, and piano by Dana Wilson. Wilson is a widely recognized composer in multiple genres, and is Charles A. Dana Professor Emeritus at the Ithaca College School of Music. The piece, Love me like a beautiful dream, is a six-movement song cycle commissioned in 2018 by a national consortium of horn players and their colleagues. The commission was initiated by Jeff Nelsen and his wife, mezzo-soprano Nina Yoshida Nelsen. Here’s a complete list of the participants in the consortium:

I’ve mentioned commissioning consortia before, as they are a great (and inexpensive) way to support the creation of new music. It’s exciting and rewarding to take part in the  process, and we are really looking forward to our performance. I have not yet confirmed it, but ours may be the first performance in Louisiana. On to some more information about the piece. In the composer’s words, here is a description of Love me like a beautiful dream :

A wondrous (and frightening) aspect of being human is that, despite the apparent differences among cultures over time and in various parts of the world, our basic emotional needs and desires have remained the same. Although the texts that make up this work span the past 2,500 years and are from as far away as Persia, Japan, and Madagascar, they could have been written by our close friends, so “contemporary” are their views and concerns about love. This set, then, explores the many aspects of this basic emotion that gives life its difficult pleasures, and what better instruments to express them than female voice, horn and piano.

As Wilson mentions, the six movements are all connected by the theme of love, though the subtleties and complexities of this emotion give rise to contrasting musical ideas. The writing for horn is quite nice, idiomatic but certainly not simplistic. The melodies in each movement are distinct, but unified by an often melancholy character. The work begins and ends with a beautiful unaccompanied horn solo. Here’s a brief excerpt from the first movement, “The sweet murmur of your voice,”   © 2018 by Dana Wilson, on a text by Sappho (translated by Mary Barnard) c. 6th Cent. BCE Greece:

Another interesting movement is the third, “When the dawn comes,” on an Anonymous text from 9th Century Japan, translated by Arthur Waley. The horn part specifies a straight mute, to be played with a “very quiet, hollow sound” and “mournful (like a Japanese flute).” I presume this indication refers to the Shakuhachi, a Japanese bamboo flute. Here’s the sound I am imagining:

It’s hauntingly beautiful, and I’ve been experimenting with different types of air, aperture shape, and mute placement to achieve something similar in character. A recording of the piece isn’t available yet, but hopefully one will be in the near future so that it can get some wider exposure. For the time being, keep an eye out for performances by the consortia participants. If you would like a score and parts, they can be obtained directly from the composer at this link, which also lists all of Wilson’s works with horn: https://www.danawilson.org/featured_instruments?instrument=Horn

In addition to the Wilson, I’ll also be performing another brand new work during the month of April. More information soon!

[…] addition to the Dana Wilson song cycle performance mentioned in my earlier post, I’ll be performing another brand new work in April at the Society of Composers, Inc. Region […]